Nowadays there is a renewed interest in commons among citizens. A booming number of new citizens’ collectivities in a wide variety of sectors are set up around the world. Initiatives ranging from sustainable energy to care, infrastructure, and nature conservation: citizens are building new institutions through self-governance and cooperation.

Along with this booming number of commons, the scientific attention on the development of commons is growing rapidly. A global platform where citizen initiatives and scholars come together seems more important than ever, therefore, with great pleasure Utrecht University presents the largest conference on Commons, ‘the XVI Biennial IASC-Conference’ (July 10-14 , 2017).

Leading up to the conference we would like to give you a bit of a foretaste on some of the finest speakers at this conference. Today we introduce you

Some 250 million people in India on the margins of society are threatened by outside interests. They need recognition of their traditional rights to land and water resources they have used for generations, a young Indian scholar and filmmaker says.

The Indian government is not properly protecting India’s traditional peoples, who are hunter-gatherers, nomadic pastoralist and herders, or dwellers in forest, Dr. Purabi Bose says. They and their lands face constant inroads, from powerful corporations pushing for mega projects in mining, oil palm plantations and deforestation, to urbanization and even to wildlife conservation projects that decry traditional users as causing human-animal conflicts. The traditional users of Indian forests, lands and water resources end up being called “encroachers” on their own land.

To begin to address this problem, Bose proposes that in India these millions of people be recognized as “forest citizens” with legitimate claims to the resources they have used in common or with individual rights for so long. She notes that the government of India has failed to identify these people as “indigenous,” with the kinds of resource rights recognized by the United Nations Declaration on the Rights of Indigenous Peoples, even though India is signatory to that declaration. 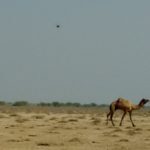 Bose’s research and her proposal are unique because she pulls together data from a wide ethnic diversity of indigenous, tribal and local communities living in distinct landscapes all over India, from desert grasslands to mountainous bamboo forests. She notes that the lands and waters traditionally used by these peoples provide them with an informal food security system difficult to replace and deserving of protection; its value amounting, in food and nutritional value alone, to USD 2.5 billion a year.

Bose, who served as a jury-panel member at India’s Independent People’s Tribunal in 2016, will present her proposal in early July in Utrecht at the biennial conference of the International Association for the Study of the Commons.

Purabi Bose, PhD, is a Social Scientist and a regular at the IASC conference since 2000.

She is visiting scholar at Wageningen University, the Netherlands. Purabi is also using documentary film-making to discuss India’s stand on forest and land rights of marginal populations or ‘forest citizens.

About the XVI Biennial IASC-Conference

At the XVI Biennial IASC-Conference ´Practicing the commons´ (10- 14 July) you will find various ways to engage in societal and academic debates on commons. The intention of this conference is to not only facilitate the exchange of scholarship between researchers working on commons (working and living across the globe), but also to bring to the fore the interaction with practitioners of commons, hence the title of the conference ‘Practicing the commons’.

Read more about the conference